Super Lovely Planet - World and Progression System
5 Dec 2016
Ever since I started working on this game, most of my efforts were focused on the world and progression system. It was the one aspect that I saw being revised more often than anything else in the entire game during development. In the last post I talked about an inflection point where this aspect of the game took a sharp turn. I’ve been working on it for some time now and I’m confident it won’t change again. I thought we’d celebrate the occasion with a blog post. Also once it’s out there I’ll think twice before erasing everything to start again. Here’s hoping this time it sticks! 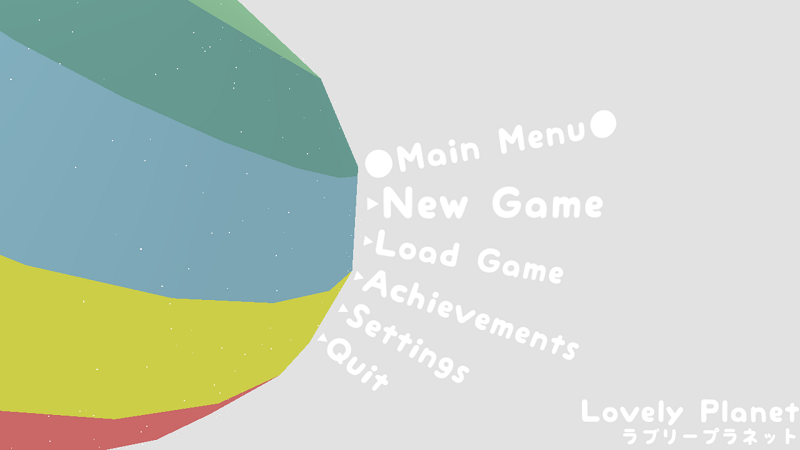 With all the complex hub worlds, portals and checkpoints removed, I felt at home once more with the recognizable simplicity of the original game returned. Every level is a linear get to the exit challenge with deadly traps and enemies scheming to creatively push you back. Almost exactly like the original game the levels are once again strung together linearly. You start from the simple and straightforward tutorial stages and make your way up to the more challenging levels later. What changes with Super Lovely Planet  is the order in which they are made available to play.
I doubled back to a simple stage select screen, offering players a menu of levels to choose from. While Lovely Planet would lazily unlock a whole world for you to browse, in Super Lovely Planet players will see levels being made available in sets - pairs and tuples. Unlocking a new set of levels will open a small selection of two maybe three different stages not all of which might be compulsory to move to the next set. While it does make for a more inflexible unlocking system, there’s a good reason for why it it goes about doing it that way. 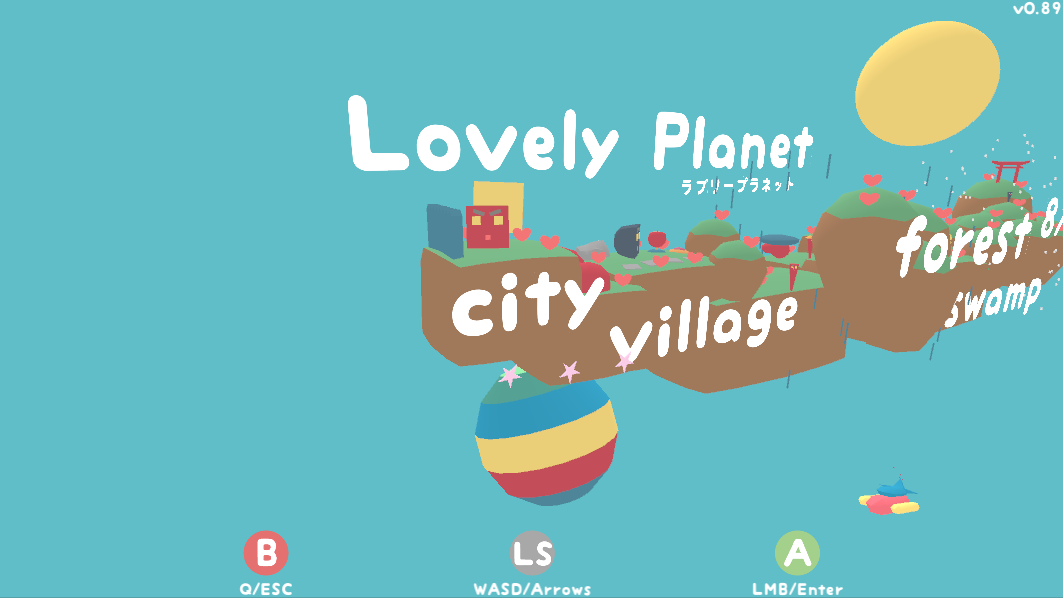 The system employed by the original game wasn’t perfect. It offered plenty of choice but couldn’t deliver on variety. It locked you into a world until you beat a good portion of it. Every world had a distinct theme and setting which brought a unique challenge different from the one you played before. A new world would open a large set of levels to play but that selection of stages only delivered a single style of gameplay. With the new progression system, Super Lovely Planet hopes to break up the monotonous grind by limiting choice and putting variety at the forefront.

The progression and unlock system works to deliver a healthy mix of different play-styles by regularly and consistently throwing the player from one world to another after every level. Unique enemies and traps still remain exclusive to their own areas to build a consistent theme and setting, but the game shuffles you in and out of these different areas as you progress to keep things interesting. New worlds are introduced in quick succession and once the game realizes that the variety it’s trying to deliver has plateaued, it reveals the final stretch by cranking the difficulty up to eleven. That’s when all of the mechanics finally synergize to deliver the toughest most grueling platforming challenge which ends with a cutscene celebrating your victory.
Apart from the levels themselves, the game also conceals a few secrets and achievements. You can revisit any level you’ve played before to hunt around for those secrets at any time. The menu conveniently highlights the stages which are blocking your progress to point you in the right direction once you decide to get back on the road. The system also accommodates other more sophisticated secrets by not acknowledging their existence at all. That burden is lifted by another system. I look forward to talking about the NPCs at some point.
There’s a lot more to tell about Super Lovely Planet. Next time we’ll go more into the platforming and talk about the basic gameplay mechanics in more detail.
Back to Top