A Story Behind Every Jump
21 Nov 2016
I was pleasantly surprised to find that Super Mario 64 had found itself a cult following that remains strong to this day. It has its merits given it was the first of its kind, but for plenty of reasons, it never saw the success of its predecessors. Nintendo went back to take another crack at the problem with the Galaxy games. They’re both essentially 3D platformers but a slew of key differences add up to deliver two completely unique experiences. While I’ve not spent enough time with either of those games, I can tell from a distance how they’re fundamentally different. 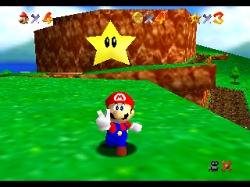 I think what really sets them apart is the camera. The Galaxy games are more 2D than 3D. Controlled almost entirely by the game, the camera conveniently switches between showing the action from the top down or the side-on instead of leaving it hanging over Mario’s shoulder like in 64. I feel that goes to some extent in informing the level design itself. It directs the player towards a goal which can induce a sense of direction to a more open space which would otherwise encourage more exploration. Much like it is in Mario 64, where players enjoy a lot more freedom to choose where they want to go next. If you’re not playing one of the more linear stages, you can freely rotate the camera to study the scene from a different angle and head off in a direction of your choosing. 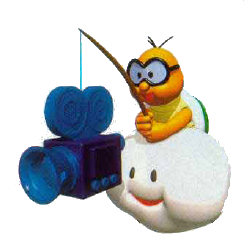 The more traditional camera of Mario 64 makes the whole experience a bit less streamlined. In the Galaxy games, you’ll seldom find Mario jumping diagonally into the screen on a platform that’s invisible when looking from behind his shoulder. More carefully designed linear stages and a camera that’s always directing itself on the action work in tandem to make sure you never find yourself in an awkward spot like that. All this streamlining works to deliver a more fluid platforming experience, but I feel part of the magic is somehow lost in the process. 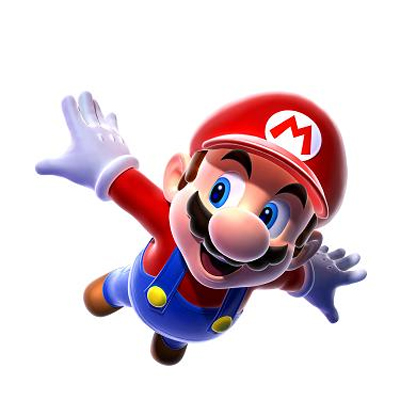 Mario 64 brings an acrobatic flair to its platforming unlike any platformer before it. A whole set of new parameters change the previously simple and atomic action of jumping into a slower, more elaborate and complex undertaking. The analog stick allows precision control, players now select one of three hundred and sixty different directions before a jump. They slowly and carefully nudge the joystick around to position Mario right at the edge of the platform. Simultaneously, they also work to manipulate the camera using the D-pad, surveying his every step making sure the plumber doesn't carelessly slip off the edge. Final corrections are made as players examine Mario one last time from every angle. Confident with their preparation, players cautiously resign control of the camera to finally hit the jump button which sends the plumber flying off the ground.

This is the just the call to adventure. What follows is an ordeal, fleeting moments that are amped with anticipation and nervous tension which eventually climax with the homecoming part of the story. That is when we see Mario landing safely on firm ground.
I want to recreate this kind of delicate platforming with Super Lovely Planet, where every jump is deliberately paced by its own little narrative arc.
Back to Top