We’ve agreed that VYDE is clearly one-dimensional in its execution, the player character is very weak and the game lacks variety. Players are not allowed to apply the rule-set to discover their own way of beating a level, rather it’s about performing what I as a level designer think is the best way through a level. The game doesn’t allow players to express themselves in the game world because it’s not about what they can do inside it, which I think isn’t right..

We don’t have multi-path labyrinths with simulated entities for the player to interact with, no cameras to disengage or computers to hack - if we can’t offer the player that choice in playstyle during gameplay, could we at least try and encourage it by acknowledging an attempt at a different approach? Not a mere incentive but an agent that recognizes a different playstyle so as to give more meaning to an otherwise player-set goal? Before I reveal this new addition, I need to explain what I mean by play-style in this context. 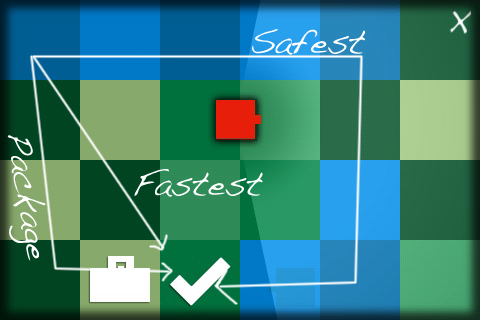 This isn’t an RPG where I can level up my stealth ability instead of my armor to make sneaking easier, nor does the game offer tools or items that could change the way a level is approached, all the choice lies with the player at all times, which has its own set of issues. Every level in VYDE has had a record time and a package as secondary objectives, the primary objective of the exit encourages players to take the safest path through the level, the record time promotes the fastest route and the package challenges the player to reach the toughest cell of the level and make it back to the exit without being detected. This is the best I could do with the kind of game VYDE has shaped into, instead of being a part of the game itself, a different approach is encouraged through its acknowledgment by the level designer. A better game would execute the same in a more organic fashion, a game where the systems it employs are wired perfectly which allow these playstyles to emerge - in that case the acknowledgement would come from the game and the player herself instead of the person who designed those systems.

This means that now it’s my responsibility as the architect of this experience to understand and acknowledge all the different playstyles one might want to exercise inside the game world. Instead of the two we’ve discussed already, I discovered one last approach where as a player you explore the whole map before completing it, encouraging you to visit safe cells that might not be otherwise important to you while simply trying to complete the level. First I was planning on rewarding the player with points proportional to the amount of time they spent in the level but that would just encourage camping which would be dumb. So how do you get players to do something which doesn’t really have a purpose yet - if you work in social games you should know the answer to that question already - candy. 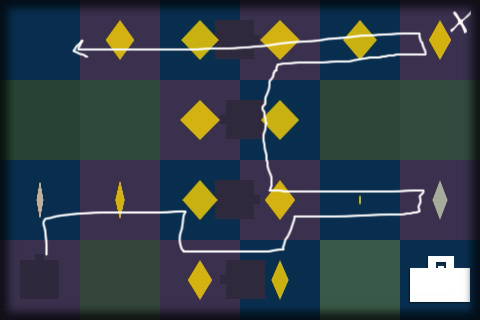 Now this isn’t the kind of Skinner Box system of loot which tries to tap into the player’s head, encouraging a mindless repetition of simple tasks to engage her for a longer duration - it’s simply reminding the player of the fact that the game allows a different playstyle, as an assurance that it’s actually possible to explore those cells and make it back to the exit. If the player is able to complete the level after having collected all the coins, the game rewards them with a “Looted” label on the end screen, which would otherwise show how many coins were missed.

With an average of four different styles to tackle each of the eighty levels in the game, I think we’ve introduced at least some variety in gameplay.