While the main menu went through quite a lot of makeovers and more than one complete redesign, the actual game screen, not so much. The problems with the game scene became apparent after we first had it play-tested after which I had to start considering the possibility of introducing some major design changes.

I couldn’t really entertain those ideas for too long since some design errors were hard-wired into the way the game wanted to work, taking it apart after having spent almost a year on it didn’t sound like a great idea. So before I knew it, I was holding my head sitting in front of another partially completed game with a list of awfully glaring issues that I regret were not handled earlier.

If you haven’t been following these articles, VYDE is a stealth game with over 80 (yes 81) levels where each room consists of a 6x4 map of flat shaded tiles of solid color. It’s got an abstract, arty, minimal look or whatever you might like to call it with no sprites or graphics of any kind. Your character aptly named Bob, like all the patrolling guards, is shown as a flat shaded box with a square nose. The original version of the game on which I created the first half of the levels looked bare, it was at that stage where you’d call it too simple to look polished or even complete. 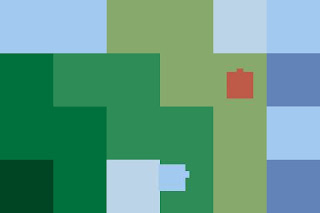 My solution to problems of this kind, unfortunately never involved going to an artist for help. With most of my own games that I've worked on in the past, I've had two options out of which one involves programmer art, so that doesn't count. With an elementary knowledge of programmable graphics pipelines I looked at a few shaders to somehow throw a little life into the colorful but flat shaded world. If I can code my way through another problem, why not?

Programming and playing around with full-screen post processing effects to me is like the feeling you get the first time you discover image filters in Photoshop, but unfortunately nothing acceptable came out of that exercise. I had to get the characters to stand out somehow while also warning the player of Bob's current visibility in each cell. I put a small shadow under each character and masked it with the cell visibility on a per pixel basis. Part of the box that was inside its safe cell didn't drop a shadow while the rest did. Although a drop shadow of this kind does have a physical significance to it (of depth), I liked the Ambient-Occlusion-y look it gave while still keeping things minimal the way I wanted them. A vignette was later added to produce the same kind of shadow on the edges of the screen.


Each level has a record time and a briefcase as secondary objectives. The status of the player's progress is saved and presented each time a level is started. Initially, we tried to convey all of this symbolically using icons and numbers only, we found there was too much information to be shown and that our symbols looked too cryptic to make any sense. This end game screen now uses a few lines of text to convey all of that information before and after each attempt is made.

I discussed previously how the game had some horrible conveyance issues, players never understood what character they're supposed to control or who spotted them or how they failed . Still being hell bent on keeping with the minimal interface and the original aesthetic style of the presentation, these seemingly trivial problems were a lot more difficult to solve. So instead of littering the screen with an overlay of jarring outlines and arrows, I took on each of those problem separately. The color of the cell on which Bob spawns at the beginning of each level is now given more contrast than before making it easier to spot. 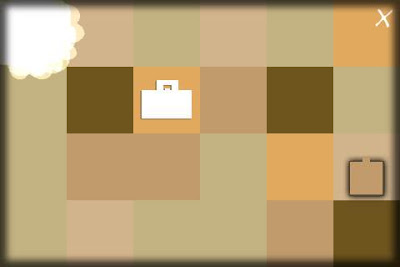 A cloud of dust animates over the starting cell each time a level is reset as an attempt at immediately drawing the players attention.With the new auto restart feature, the game encourages players to fail, reset and try again over and over till they're able to understand and analyse the level and find an effective way to defeat it. We initially weren't revealing enemy locations at all, guards hidden in cells that matched their color perfectly were never shown. The game now has no levels where enemies aren't revealed at all and on detection the scene halts for exactly one second and zooms into that particular enemy before it resets automatically for the player to have another go. I'm relying on this fast transition back into the game to trivialize the event of having a failed attempt, effectively removing all the discouragement that came with it. 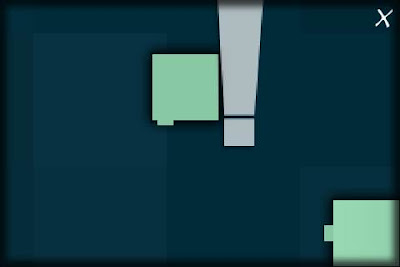 There was this one other issue in the list where I complained about the linearity of the levels and their puzzle like structure. Well the great news is that I've cracked that one too, a detailed explanation would have to wait till the next post.
Back to Top