I’ve been meaning to give a detailed report on this game with a complete dissection of the things done right and the many improvements over it’s predecessor, but I’m afraid we’ll have to settle with an extremely short and informal discussion for now. Spoilers below, it should take little over six minutes to complete the game, I highly recommend you play it to the end. 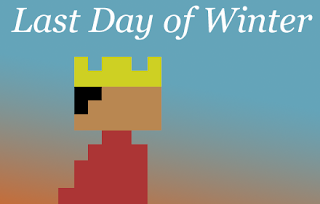 Event Structure
The game holds a set of events that are initiated each time the player makes it across one scene, the first half of the game where the king is collecting gifts is where this system is employed. This is by no means a mechanism that is trying to generate a procedural story, they’re just events, for example, a pack of ghosts, village folk crowding around the king or a wizard with healing powers. The game selects an event form this list and randomly populates the scene with other simple game objects like trees, plants and grass. When we speak of stories in games we often find the player’s actions working against narrative, they’re always fighting each other and it’s our job to have them both somehow have an equal say in how things progress. A story in the ultimate sandbox game can be a problem because one can always talk the nemesis into a ditch and drop lava on them.

Almost every player action has a couple of numbers attached to it (only one in our case), numbers that describe how certain metrics are changed. The system tries to complete the feedback loop between what events the game is producing and the player’s actions, ensuring a smooth dramatic arc (see Robleto, Dramatic Arc) by trying to measure things like dramatic tension and danger. So if you’ve been collecting a lot of rings for a long time, the game will ensure you get some ghosts to deal with in the next scene. The granularity of how the information is collected will ensure the feedback is dealt with appropriately, so if the player had enough mana to get by the ghosts without any issues, the system will understand that she’s still ready for more trouble. The game currently only demonstrates a very crude and dysfunctional version of this idea. 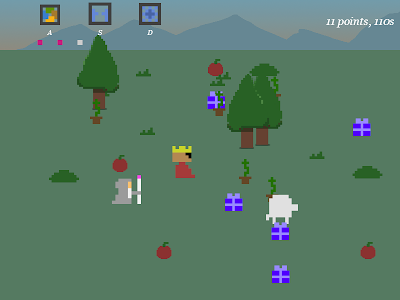 Non - Combat
There is no combat but you’re always racing against time, so in effect we’ve just switched the HP bar with a timer and altered how the game affects that resource. Not much of an achievement but at least our game doesn’t involve knives, guns and bazookas. The spells were put to constantly change the way the game is played, it can be argued that some of the spells are ‘evil’ so I leave it to the player to decide against using them. Instead for this game, I wanted players to engage with the objects in the world, every object has an almost equally important role to play. The apples give speed, the grass gives you mana, the plants help keep the flies off and the cows can be kicked. I tried my best to have the objects work as players would expect. More importantly, I made sure the ‘first order actions’ (like cows hitting villagers) are wired properly for players to fool around and find new ways to interact with the world, discovering ‘second order behaviors’ (like forcing the Wanderer to teleport onto a portal). 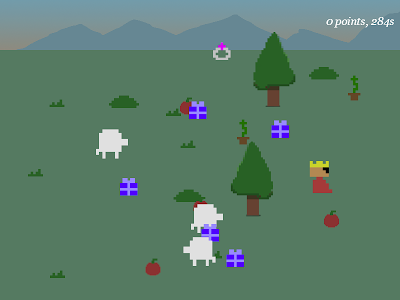 Controls and Progression
I’ve worked on many games and shown them to my friends, but only recently have I been putting some thought into mobile and web games. Truth is I’m frustrated, I’m frustrated with players holding my iPod with the most lost expression asking ‘What do you want me to do?’. These games assume that players somehow understand the basics, which is not true, so I wanted a way to always keep players in context. The game borrows heavily from Super Wagon Adventures, that’s another reason for the scene structure we discussed above. Mouse clicks are used to move the king around, interact with objects and cast spells. The spell casting system in the last game had zero conveyance, so I decided this time to pause the game and wait for players to cast targeted spells. Every scene change and interaction comes with a small line of text that snatches all control and halts the game for a few short seconds. This interruption covers the screen in black and puts that line of bold text in the center, holding the players by their hands only when necessary. Although it’s very slow and frustrating to be skipping these messages every few seconds, I can be sure the player is always aware of what’s going on. 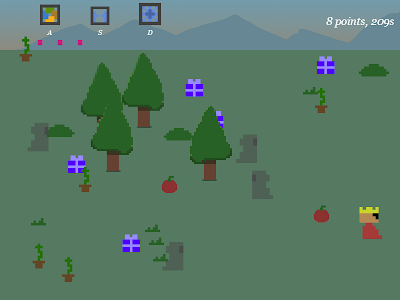 Please leave feedback and suggestions in the comments below, or drop a mail. Feedback would be great.